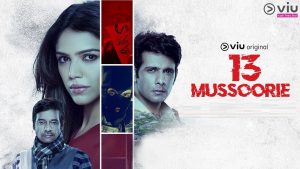 13 Mussoorie is a Hindi thriller web series released in 2018. … Based on the backdrop of a beautiful and serene city Mussoorie, the series revolves around a mysterious story of a merciless serial killer ‘AKS’. The entire city is in a miff to know about the man behind the endless murders.