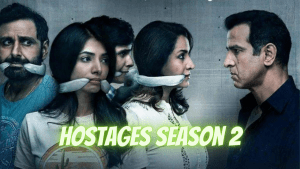 The second season of ‘Hostages’ is set to stream September 9 on Disney+Hotstar, with Dino Morea taking on a negative role. … It will also see a come-back of actors such as Dalip Tahil, Surya Sharma, Aashim Gulati, Anangsha Biswas and Mohan Kapu from the first season.