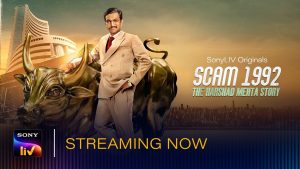 Scam 1992 – The Harshad Mehta Story is an upcoming Indian Hindi-language drama web-series directed by Hansal Mehta. Based on the financial frauds committed by stockbroker Harshad Mehta in 1992, the series is adapted from journalist Sucheta Dalal and Debashish Basu’s book The Scam: Who Won, who Lost, who Got Away.