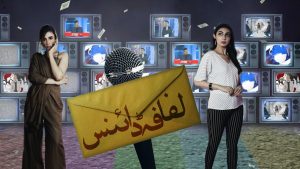 Urdulix originals is all set to bring some drama, suspense, and a thriller with the exclusive web series Lifafa Dayaan. The story will unveil some dark secrets of journalism which involve dirty politics, bribery, lies, and revenge. The series will surely gonna make you addict to it. Lifafa Dayaan starring Mashal khan who is playing the role of Alina Ali is a headstrong woman role who knows what she wants and knows how to fight for herself whereas this masterpiece has been directed by Rao Ayaz Shahzad.